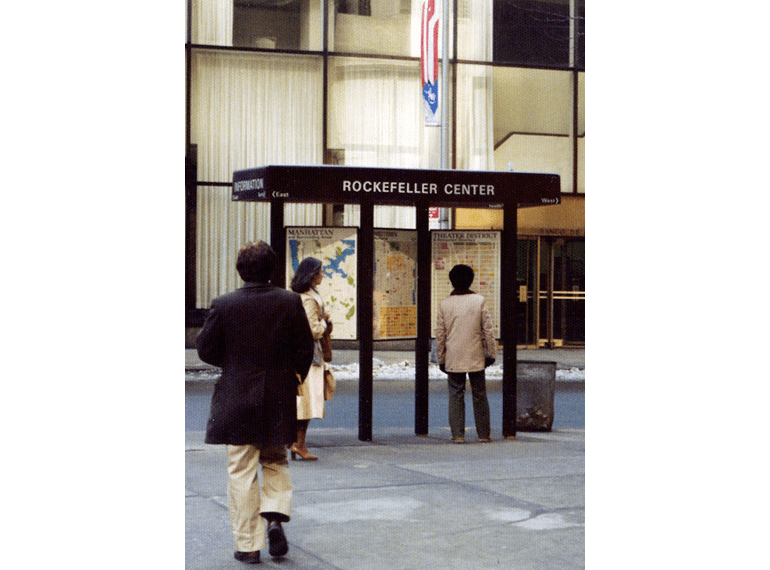 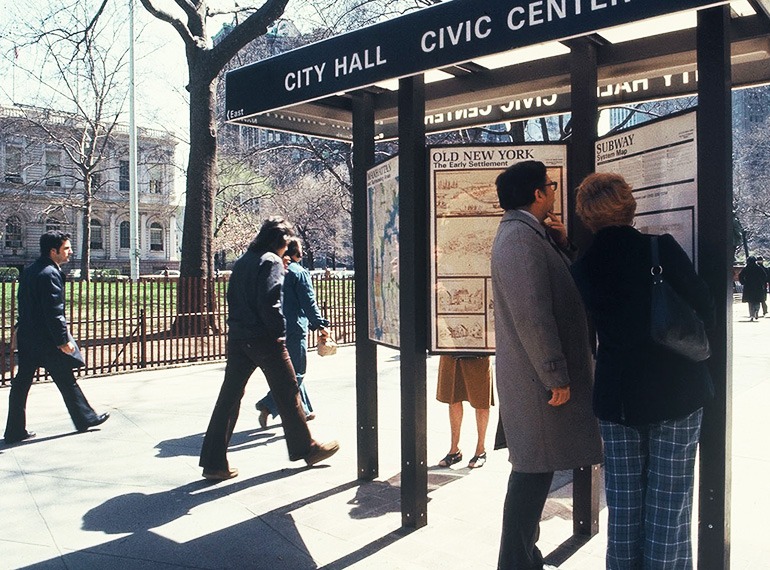 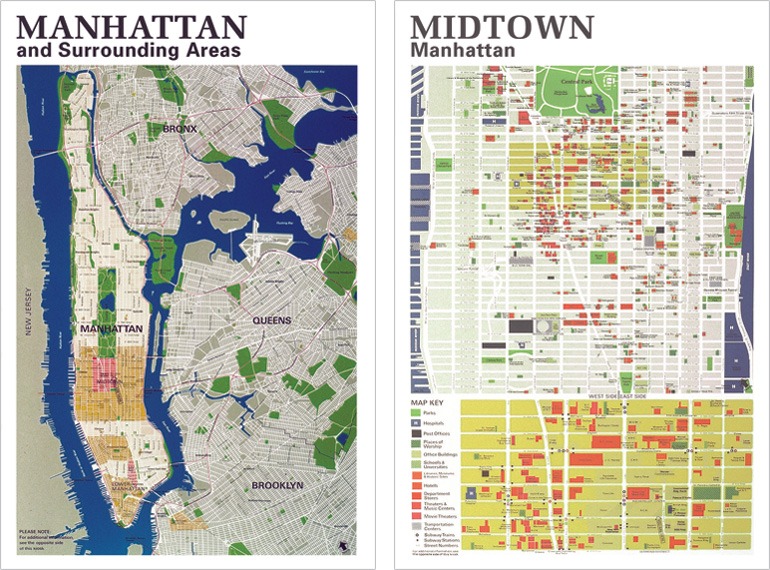 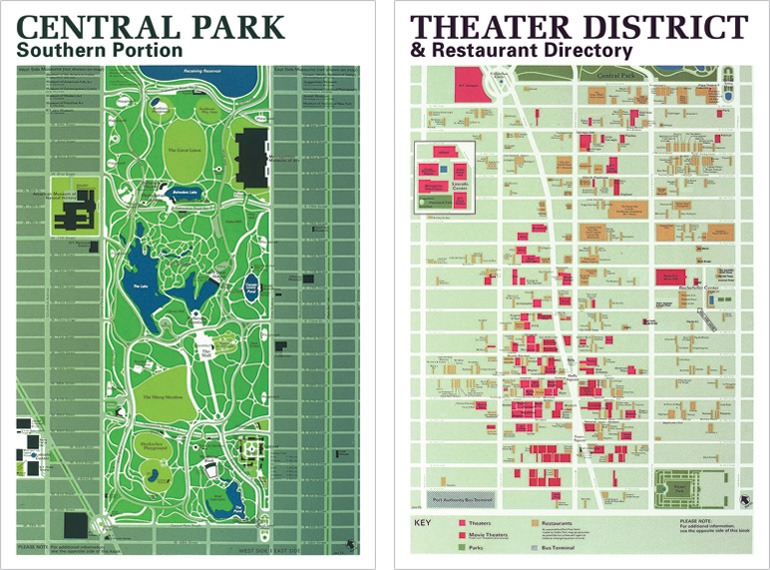 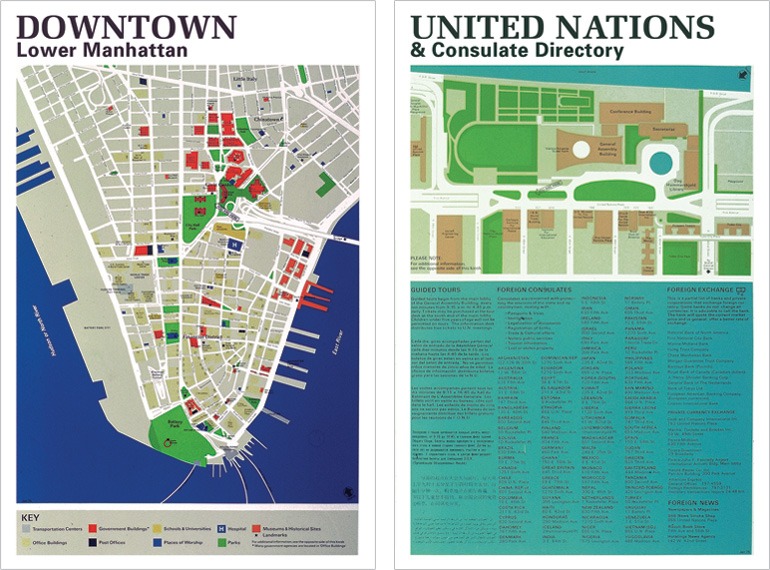 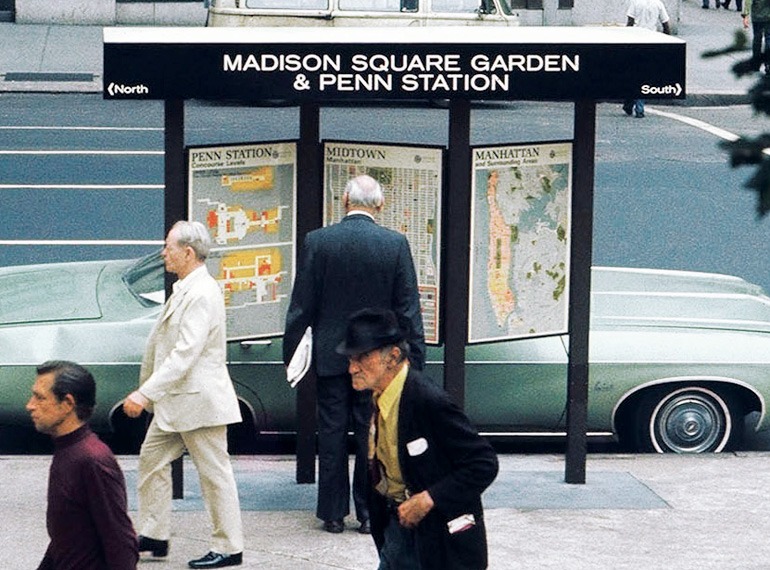 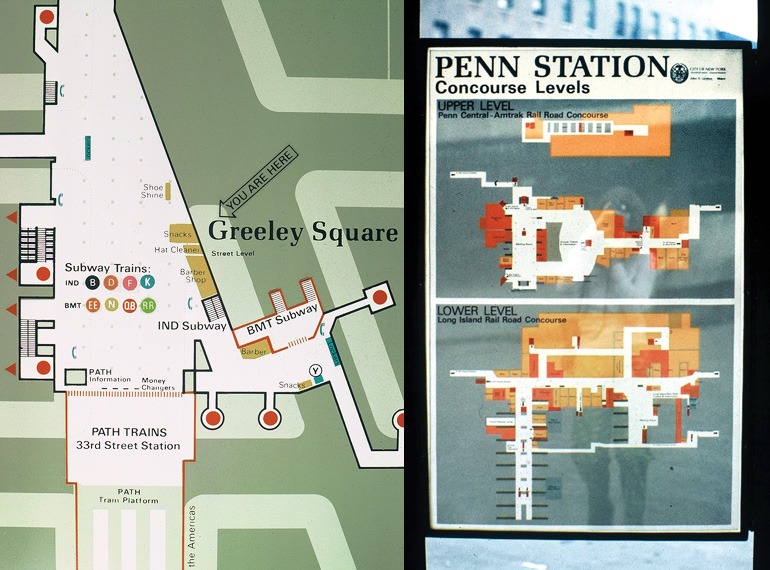 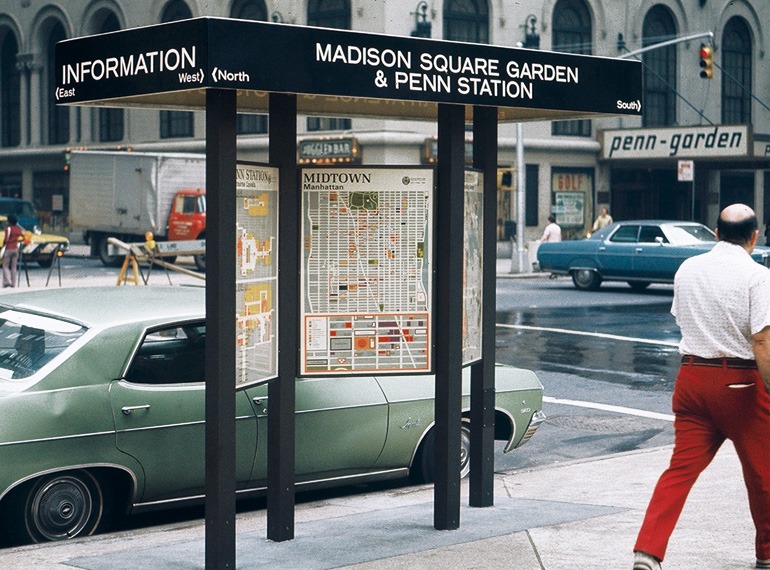 Working within the Transportation Administration for the City of New York, a pioneering project to provide transportation and directional information about general and neighborhood areas at the street level was developed for the City of New York, the first of its kind. Installed at 14 different locations at key locations throughout the City a series of 3, double sided panels with a roof that provided some weather protection and basic orientation and location, created six opportunities for display: bus map, subway map, a City-wide borough map of Manhattan and environs, a map of Midtown and with a detail map and two additional maps with relevant local information that included: a theatre district map, Central Park map, United Nations information, Penn Station map, etc. This project was carried out completely by the construction personnel within the Department of Highways and the design team of the Urban Design Section within the Transportation Administration. Installed in 1976, the kiosks remained in place their various locations until about 2003 and represented the first real attempt by the City to provide an information system to the people of New York City. 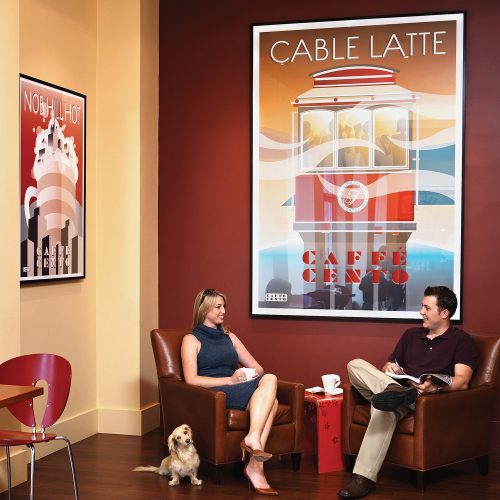 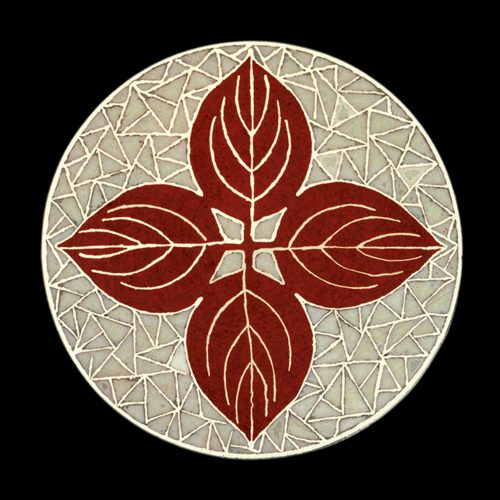 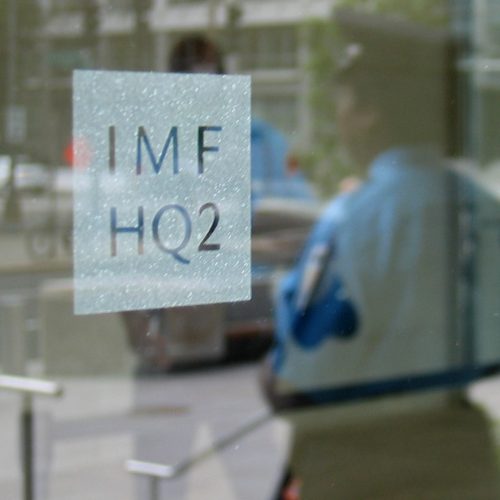 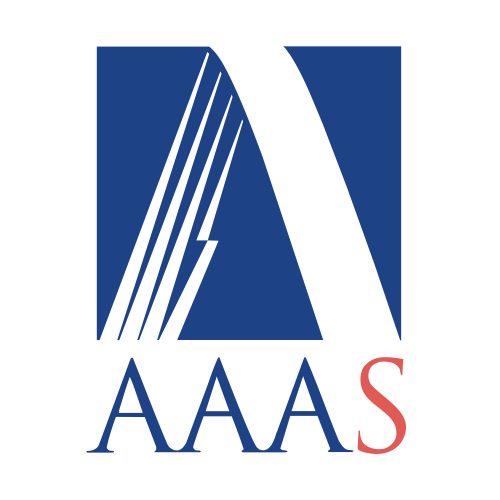 Branding
August 10, 2005/Posted by: tracy@tracyturnerdesign.com
TTD has created a range of branding for a variety of clients and markets,...
More Details 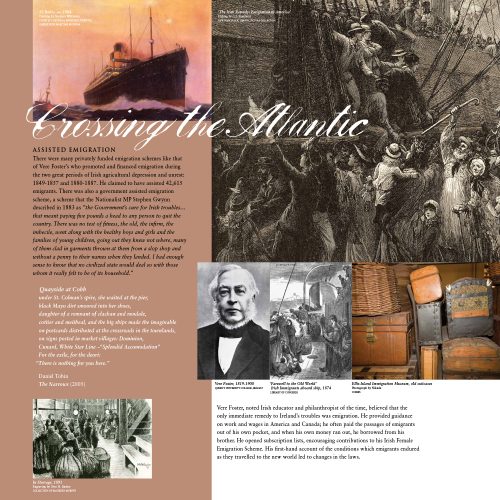 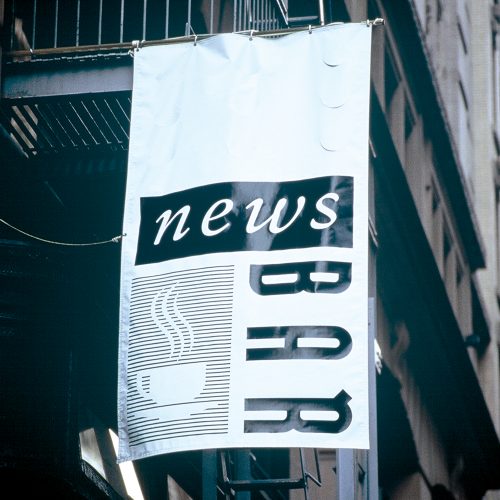 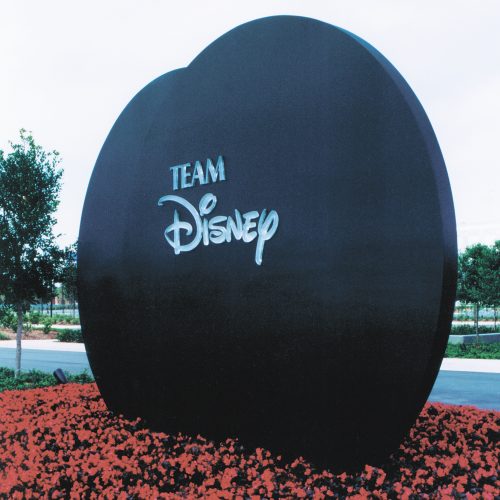 Representative Projects
3 0
October 24, 2014/Posted by: tracy@tracyturnerdesign.com
ORLANDO, FLORIDA Simple and bold graphics was created for the signage for 'Team Disney,'  the...
More Details

He is a very hard worker. He faced some frustrating issues with our project and overcame all obstacles! Great attitude and was always quickly available on Skype for discussion. Hire Him! 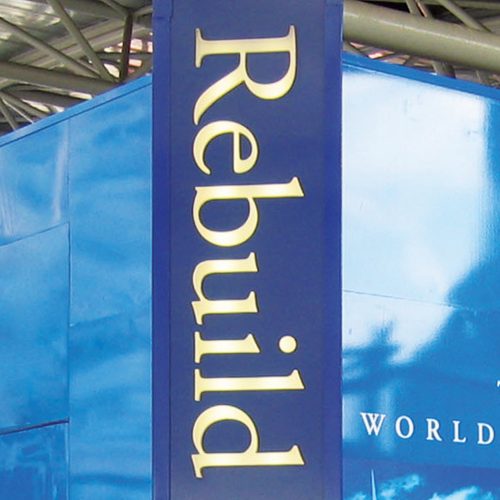 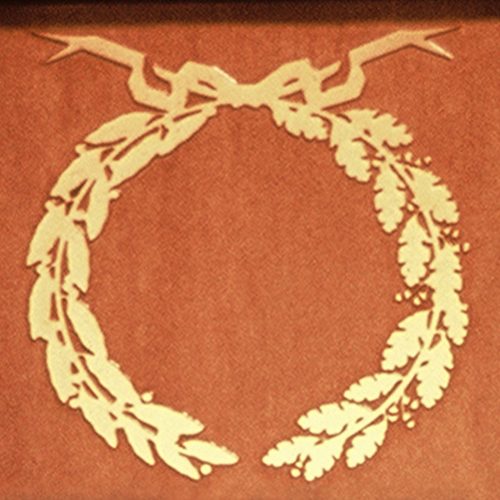 Representative Projects
0
September 4, 2012/Posted by: tracy@tracyturnerdesign.com
NEW YORK, NY TTD designed all of the signage and graphics throughout the restoration and...
More Details 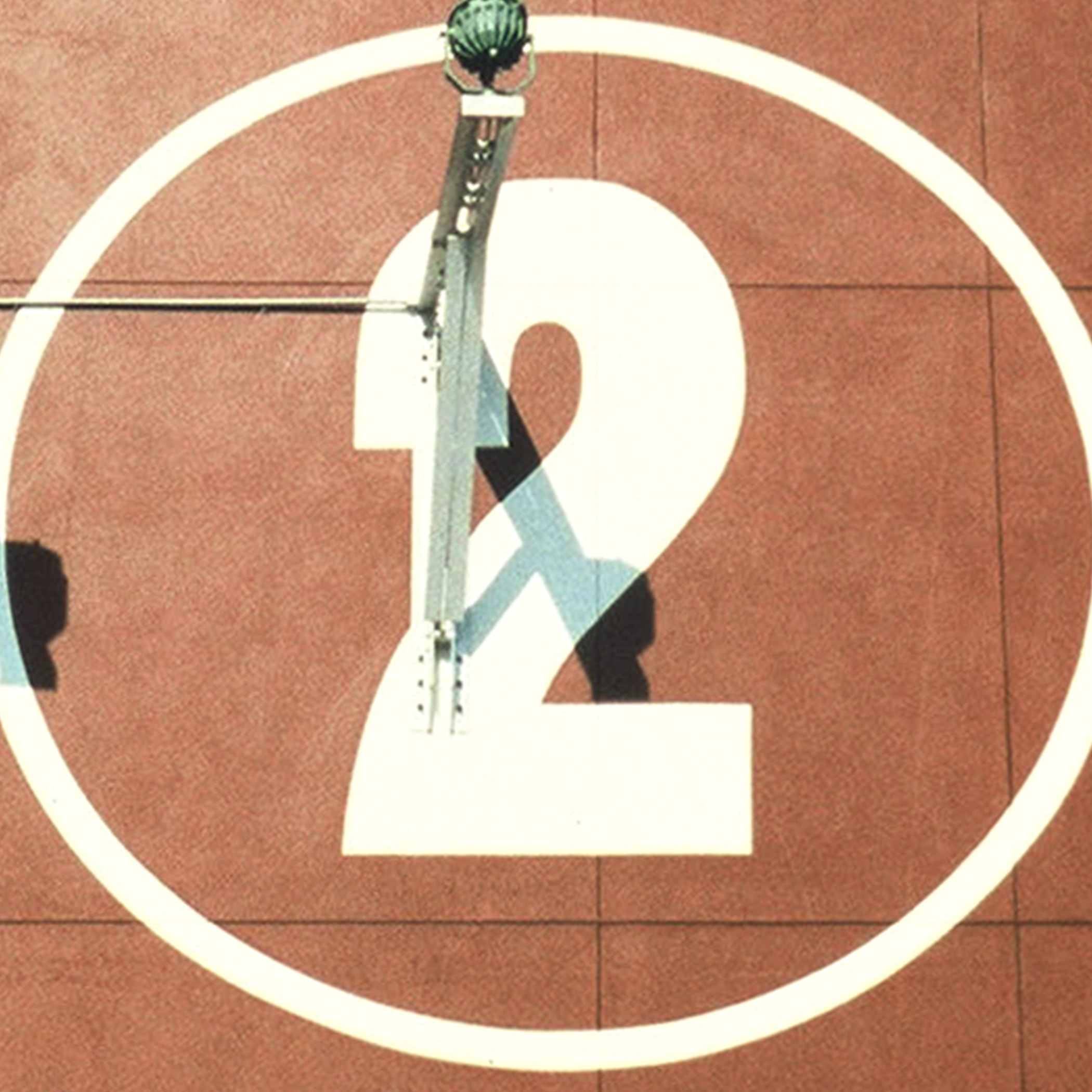 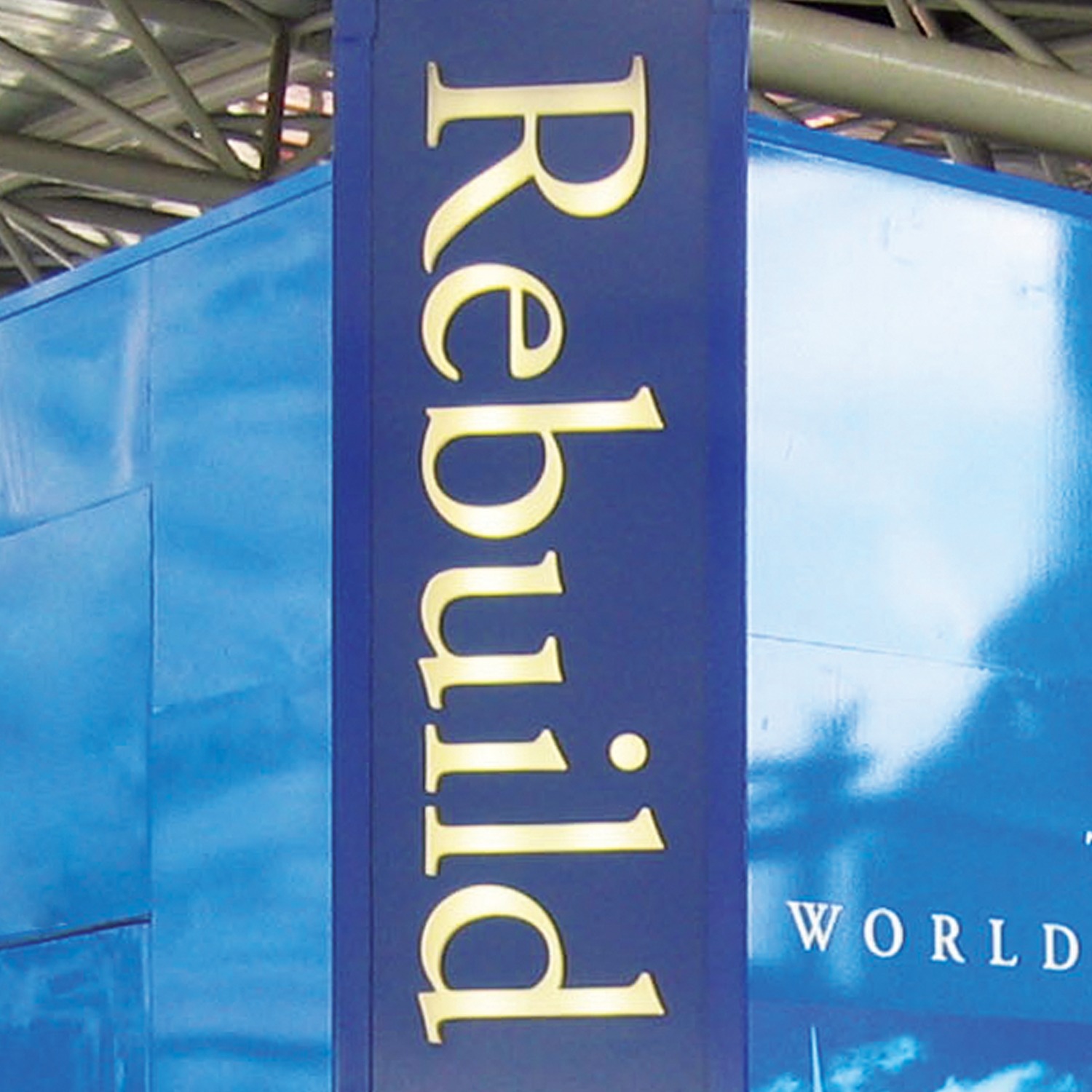